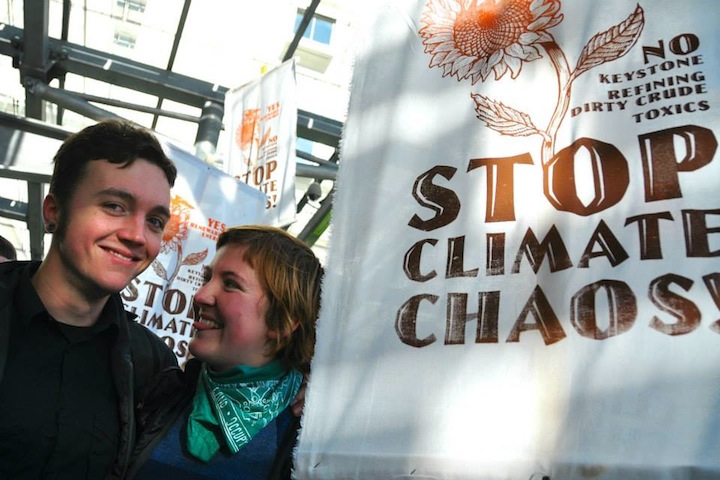 Lesley Haddock (right) is a dedicated troublemaker, a wayfaring musician, and a social justice activist. She has done communications work for campaign finance reform, been a spokesperson for a land reclamation campaign called “Occupy the Farm“, and organized an anti-eviction campaign helping defend the Albany Bulb. She has a love-hate relationship with school and is currently on hiatus from UC Berkeley, where she studies environmental justice. She is also a fiddle player, a chess teacher, and a short story enthusiast. You can follow my day to day adventures at mostlydanger.wordpress.com

Matthew Gerring (left)  is an activist, programmer, and journalist. He received a degree in journalism from San Jose State University in 2013. He has done programming, media, and organizing with the Sunlight Foundation, San Jose Food Not Bombs, Share The Bulb, and the Pachamama Alliance. He is currently the editor of San Francisco’s Street Sheet, a street newspaper that provides a voice and an income for poor and homeless people in San Francisco. Matthew enjoys cooking and playing bass in a California hip hop band called The Last Barfighter.

One thought on “Who we are”