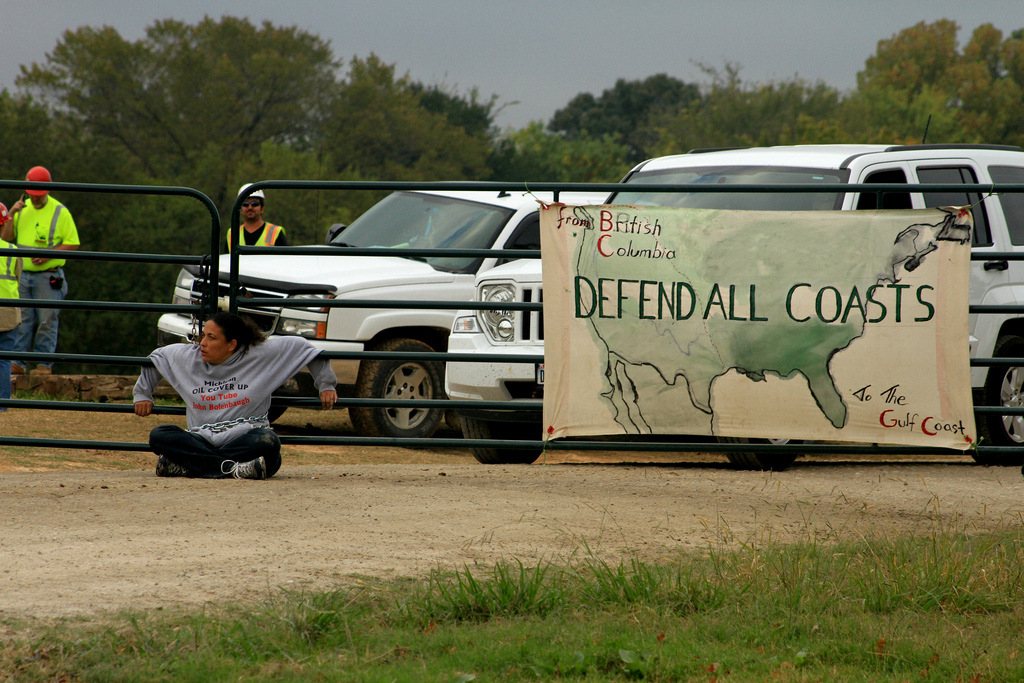 The Keystone XL pipeline has attracted the attention of people all over the world, some lauding its potential to fuel our economy, others furious at the inevitable toll it will take on our ecosystems. It has prompted resistance from thousands around the world, and for good reason. If built, this massive oil transport project will enable the shipment of a staggering 800,000 barrels of tar sands per day. It is currently on track to open in 2015.

But two other pipelines that should be stirring up even more controversy have gone largely ignored by mainstream media outlets. The first of these is the $7 billion Line 3 Replacement pipeline project brought to us by Enbridge. Set to open in 2017, this pipeline would ship 740,000 barrels of tar sands per day. The other is the $12 billion Energy East pipeline being constructed by TransCanada. This pipeline is set to open in 2018 and would ship a record-breaking 1.1 billion barrels of tar sands per day.

These proposals for pipelines to the east have come as resistance in the west gains momentum. Communities in British Columbia have demonstrated repeatedly against the construction of westward pipelines like Enbridge’s $6.5 billion Northern Gateway, putting that project in peril.

If approved, these pipelines could double the production of tar sands in Alberta, further fueling climate change and endangering those along the paths of the pipelines. At the same time, the companies claim the projects would open hundreds of thousands of jobs in extraction, though it should be pointed out the the number of permanent jobs created by such projects has in the past fallen well below company estimates.

Line 3 Replacement runs from Alberta down to Wisconsin. It currently ships 390,000 barrels of tar sands per day, a volume that would nearly double if the replacement proposal were to go forward. But even though this pipeline would run between Canada and the U.S., Obama may not have to approve the project because it is a replacement for a project with standing approval. This bureaucratic cloaking is a threat to democratic discourse about this pipeline.

The tar sands projects are extracting bitumen, a thick tar-like substance that is one of the least efficient energy sources available. The more infrastructure we build to transport this substance, the more bitumen we are likely to extract.

If we seek to avert climate change, we cannot continue to invest in such detrimental energy sources. Stay tuned for updates about resistance efforts against the eastward pipelines.