The fight against fossil fuels is getting explosive 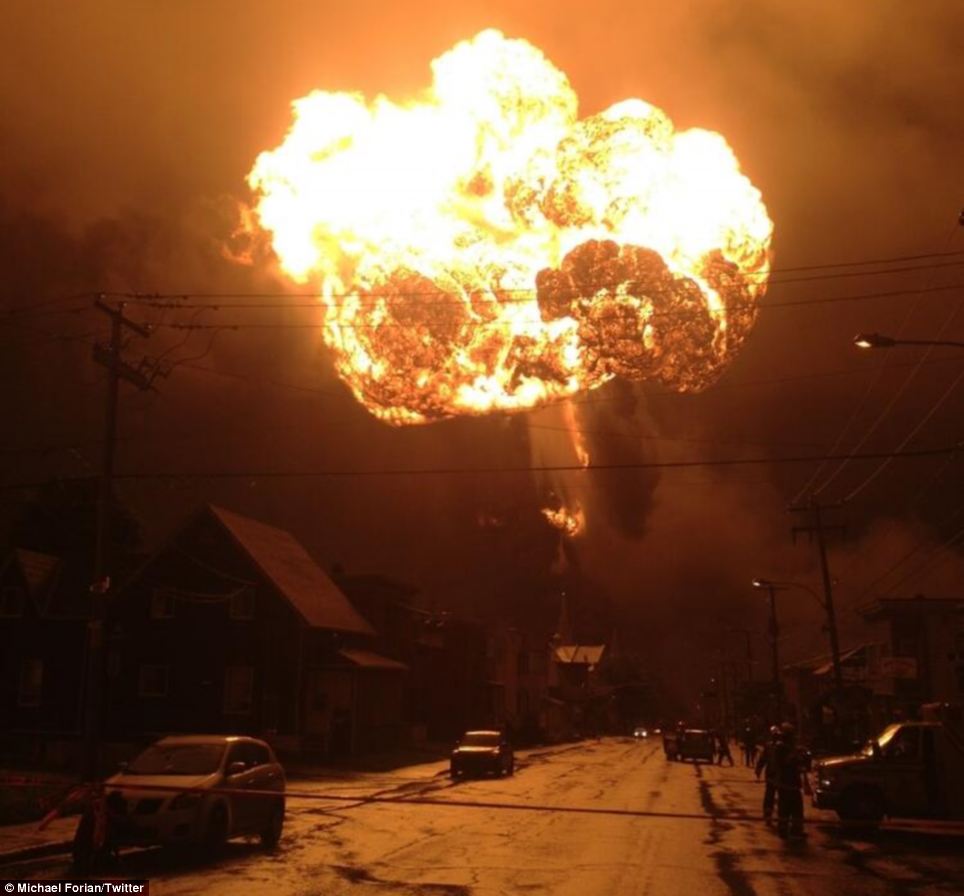 A fireball bursts from the wreckage of a train carrying Bakken Shale crude in July 2013 in Lac-Mégantic, Quebec, Canada

All over North America, the movement against fossil fuels is growing. Everywhere a new fossil fuel infrastructure projects pops up, activists are close behind, using every tool at their disposal to prevent or disrupt its construction.

Whether it’s packing city council meetings in Pittsburg, California, hundreds of students getting arrested in Washington, D.C. or activists locking themselves to construction equipment in Stockbridge, Michigan, people are saying loud and clear that they will not tolerate a future that runs on fossil fuels.

At the same time, unconventional fossil fuel projects, made possible with new technology and made profitable by the growing scarcity of oil, are fueling an economic boom. The highest average rent in the country is now in Williston, North Dakota, driven by the explosion of jobs in fracking the Bakken Shale formation for oil.

Increased extraction means increased accidents – just a few examples from the last year include the explosion of a crude-by-rail tanker in Lac-Mégantic, Quebec, and the flooding of Mayflower, Arkansas with tar sands oil. Oil spills on U.S. railways in 2013 exceeded the entire total since 1975.

And aside from the immediate dangers posed by these projects, we already have more fossil fuels in reserves than we can safely burn.

We’re starting a multimedia journalism project to document these struggles and use them to show the bigger picture of a movement against fossil fuels that’s finding its feet all over North America. We hope you’ll join us.